“A turning point in the global response to viral hepatitis.” 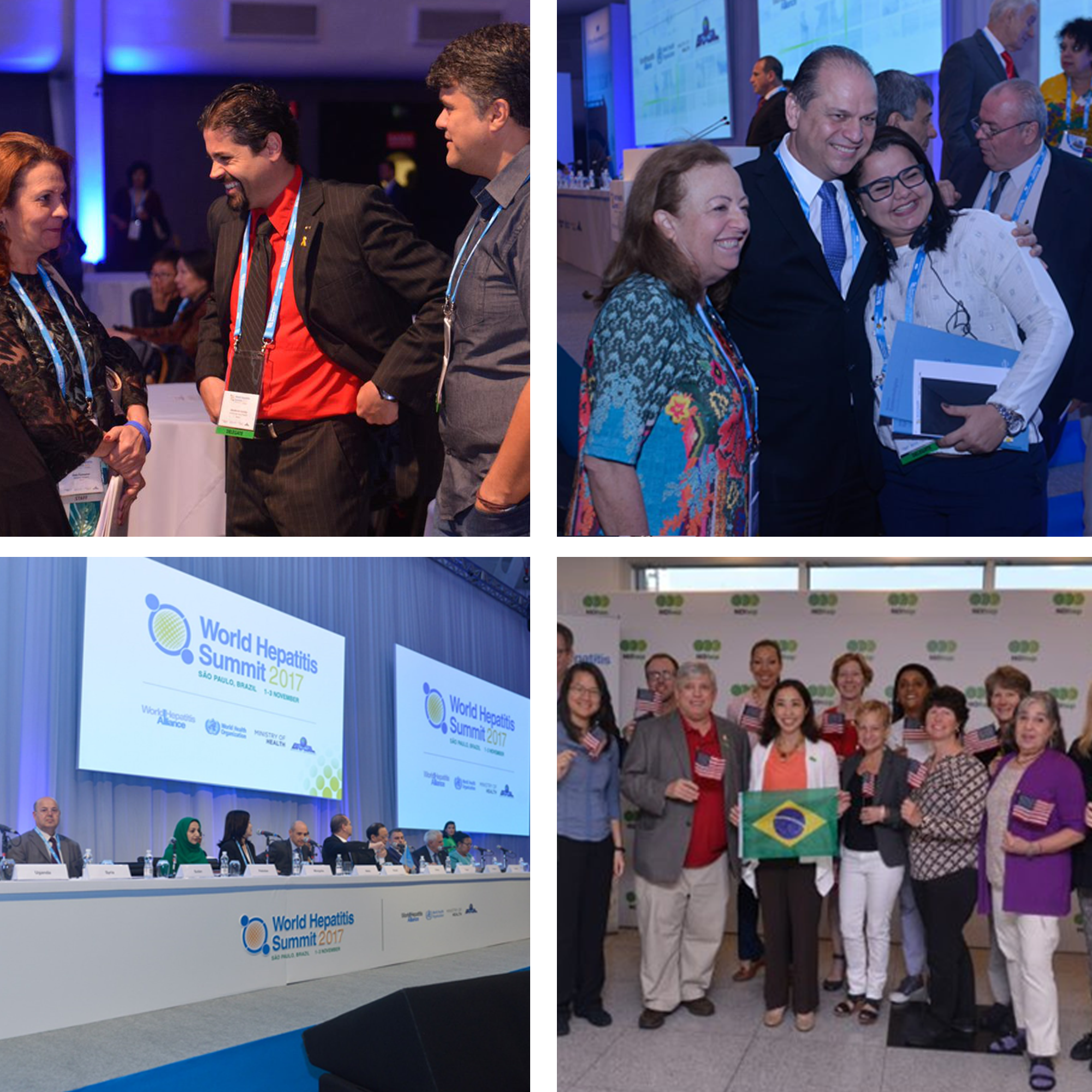 The second WHS was held in Sao Paulo, Brazil in 2017 and again this was an important moment in the hepatitis response, coming a year after countries committed to elimination. The theme of WHS 2017 was “Implementing the Global Health Sector Strategy on Viral Hepatitis (GHSS): Towards the elimination of hepatitis as a public health threat” and the programme was focused on how to turn the strategy, which was adopted the year before, into concrete actions that could be implemented at a national level. The summit in 2017 had a broad reach, with over 750 delegates from 106 countries, including 82 programme managers, and more than 900 million social media impressions. Importantly, 90% of those in attendance found the conference of benefit to them or their organisation, indicating the value of such a summit.

‘Implementing the Global Health Sector Strategy on Viral Hepatitis (GHSS): Towards the elimination of hepatitis as a public health threat’.

“Innovative and exciting ideas for me to discuss with other colleagues and to engage other stakeholders to form action plans.”

“An inspiring high-level summit that also served as an excellent networking event”.

“The attendance was excellent … with 41 member states sending official representatives and nine Ministers of Health being personally present.”

“An exciting avenue for learning, sharing, networking but above all meeting exciting minds interested in the elimination of viral hepatitis by 2030. These were all committed minded people from across the globe.”

“The summit is a perfect platform for civil societies, governments, private sector, and public health professions to meet, exchange experiences and knowledge, and partner collectively to eliminate hepatitis by 2030.”